The Day Matthew Was Born...And Died--Daddy

This is the story of your life, however short it was, though my eyes. I do not claim to have an intimate relationship with you like mommy did. Only mommy, who carried you for 10 months can claim that stake, however, from the moment that I knew you existed, I could not have been more proud of you and excited to eventually meet you. Many people have talked about how only a mommy could have loved a baby before it was born, and that daddies just wait for the day to come when they can hold their child, and that is the day when a daddy and child begin to bond. I couldn’t feel that these ideas are more wrong. When I first saw your heartbeat, I felt it in my heart. When mommy started to grow a belly, I marveled every day at the change. Every time that I saw you wiggle in mommy’s belly, I giggled inside with joy. But I am not going to talk about the time leading up to your birth. Right now, I am going to talk about the few days surrounding your birth as a celebration of your life.
You were due on 24 November, 2009, but you decided that you loved your warm and cozy home that mommy had provided for you. So, we were scheduled to come into the hospital a week later and help you with your decision on whether or not to come into this world. However, we received a call a few days later asking us to come into the hospital on the 27th because it would not be as busy. Since I was so excited to meet you, I jumped at the opportunity. Mommy was a little scared, because she couldn’t bear the thought of you not being as close as you already were. So, we scheduled the date and made sure that our bags were ready. I had already packed the car about 2 weeks earlier to include a cot, sleeping bag and many other things. Finally, the evening had come for us to go into the hospital.
On the drive to the hospital, mommy admitted that she was scared. I tried to calm her fears and she understood that I was so excited to meet you and hold you. When we got to the hospital, I took a picture of mommy holding all of her bags. I will always remember that picture. She looked both excited and scared. 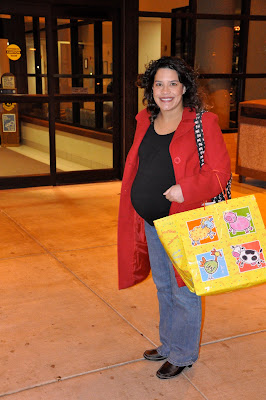 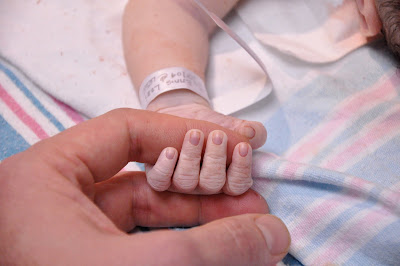